Camp Sibert was the first large-scale chemical agent training area in the United States and operated from 1942 to 1945. Infantry units and individual Soldiers were disciplined in aspects of both basic military training and in the use of chemical weapons, decontamination procedures, and smoke operations. Mustard gas and other chemical warfare agents were used in the training. Camp Sibert provided the opportunity for live-agent, large-scale training that had been previously unavailable. In addition to chemical training, several types and calibers of conventional weapons were fired at the former Camp Sibert. The 4.2-inch mortar was the weapon most often used in training.

In 1997, the U.S. Army Corps of Engineers selected Parsons to begin phased engineering evaluation/cost analysis (EE/CA) investigations for CWM and munitions and explosives of concern (MEC) at various sites within the former 37,000-acre training area. In 2009, One Stop Environmental, LLC joined the onsite Parsons’ team, and provided HAZWOPER/OSHA certified equipment operators at the project site, who are performing the hazardous soil removal in Level B PPE.

In addition, One Stop Environmental, LLC is responsible for the hazardous waste containerization, completion of hazardous waste manifests, shipment, transportation, and disposal. In doing so, One Stop’s hazardous waste material manager coordinated all disposal efforts with Parsons, the Alabama Department of Environmental Management (ADEM), the U. S. Army Corps of Engineers, Mobile District; and the U.S. Army Engineering and Support Center, Huntsville. To date, 621 tons of materials have been removed from the site. There have been no accidents or incidents on this project. 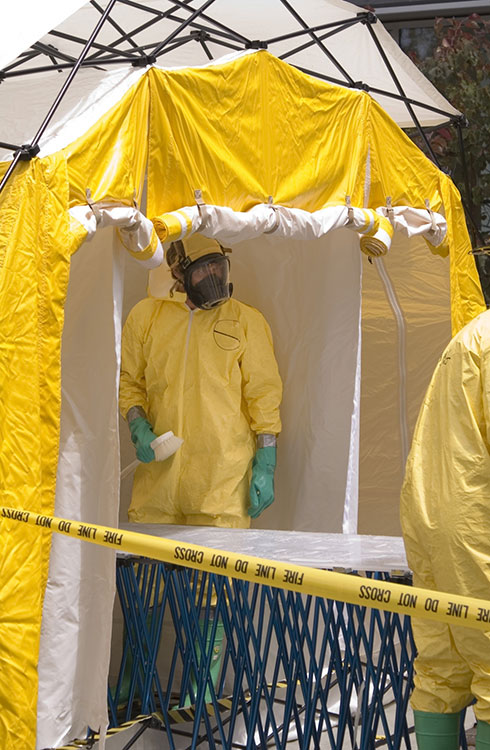 In a project to support ALDOT, One Stop Environmental installed erosion control for sidewalk ...

This effort was to support the U.S. Army Corps of Engineers, Engineering & Support Center ...

Watershed Protection Project In 2010 One Stop completed a watershed protection project for ...