In 2015 One Stop completed a large scale asbestos abatement project at the Thomas Jefferson Hotel (later the Cabana Hotel, then Leer Tower) in Birmingham, AL.  The 19 story building completed in 1929 is well known for having the last rooftop zeppelin mooring mast in the world.  It is one of the multiple revitalization projects underway in downtown Birmingham and we were excited to be part of the restoration team.

One Stop was brought on to perform asbestos abatement from the basement to the roof and selective demolition. We also performed sand blasting to remove roofing tar. Our team of ten asbestos certified technicians worked for three months completing the project on time and in budget. The building will feature apartments, a ground floor restaurant and retail space, and an entertaining space. 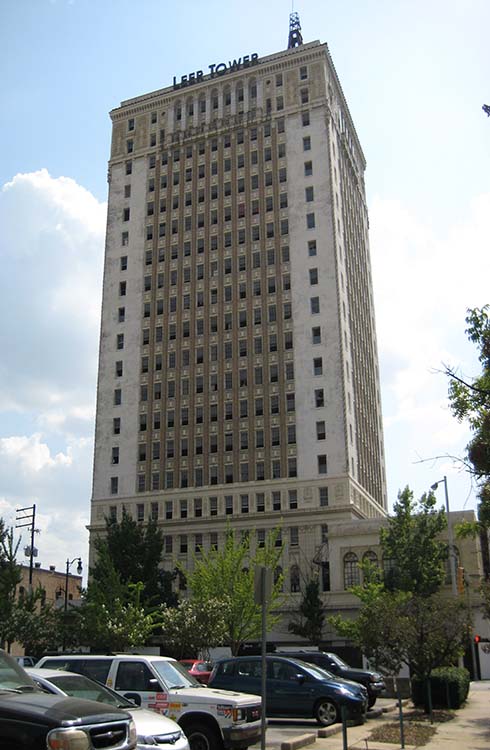 One of our abatement division’s largest jobs to date, was the GSA Vance Federal Courthouse ...

One Stop performed asbestos abatement at the Callahan Eye Hospital in order to support the UAB ...

In 2016 One Stop Environmental completed a large scale, asbestos abatement project at the ...

In early 2011 One Stop Environmental was awarded a $1 million dollar contract to perform ...