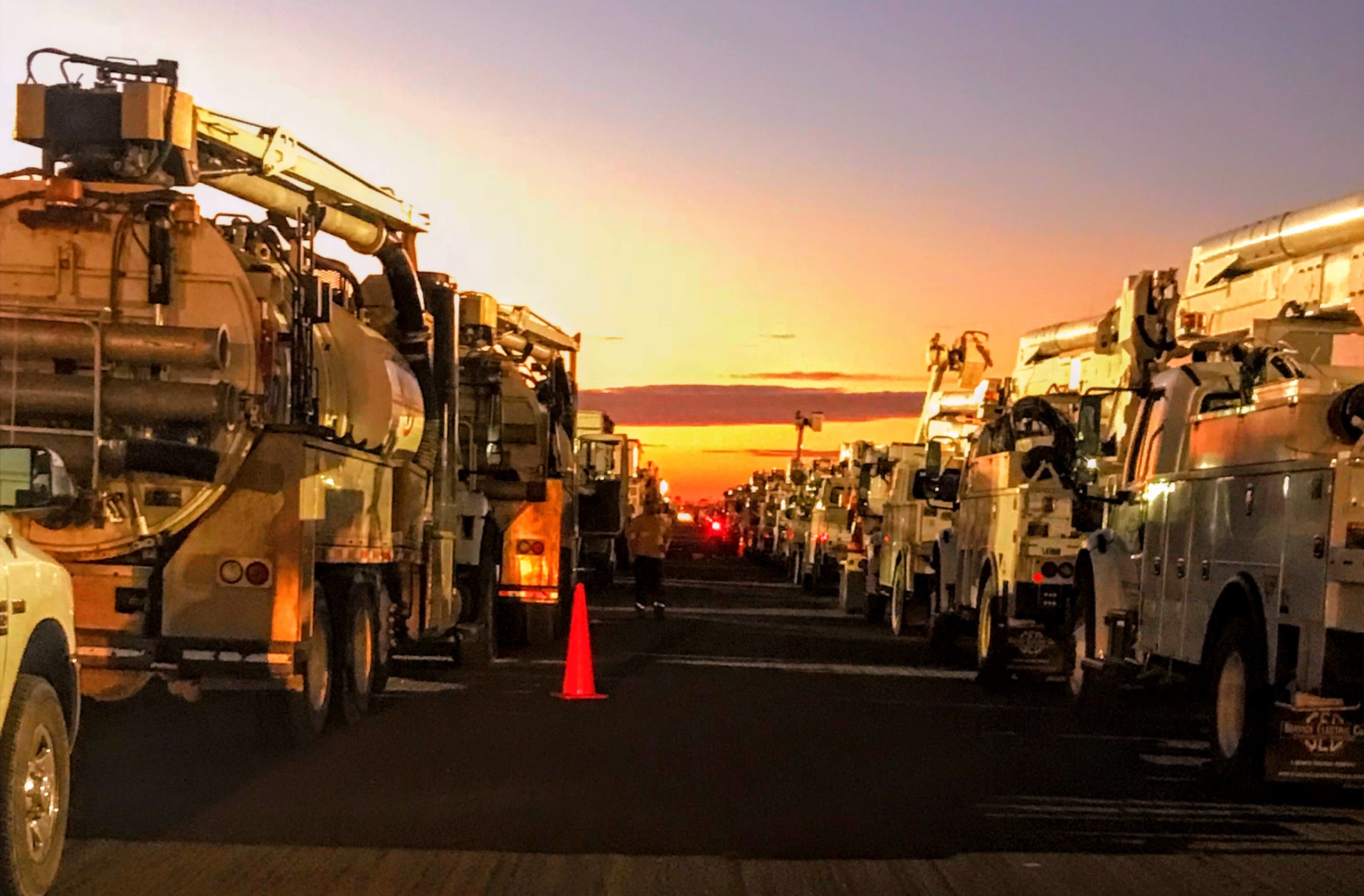 A service nobody wants to utilize. Until they wish they had.

“Most of our first-time hydro excavation clients call us only after they’ve learned, the hard way, that they should have called us earlier,” says One Stop’s Thomas Harbin. “One client, who really should have known better, called us for a job after their clamshell digger hit fiber cable serving UAB.”

“That was a big one,” chuckles Tony Feagins, “but One Stop’s gotten dozens of projects after something important underground has been hit — power lines, data lines, gas lines, water lines, you name it.

“One job that sticks-out in my mind came from a pipe contractor who’d rented their own hydro excavation truck, thinking the job was simple enough for their own guys to handle. By the time they called us, their do-it-yourself hydro excavation efforts had caused strikes in locations all over Birmingham’s Southside, Five Points and UAB. That little experiment cost them $100,000 in repairs alone — not to mention the additional costs of downtime, which were significant.”

What’s Hydro Excavation?
It’s a non-destructive process for using a controlled water flow to break up soil before it’s vacuumed into a debris tank. It’s also an efficient, and cost-effective, solution for exposing foundation footers, pot-holing for utility pole installs, and slot trenching before installing new utilities — which is critical for avoiding expensive mistakes.

All of which begs the question – –
Why wouldn’t a company digging in populated urban districts and suburban neighborhoods call us to conduct hydro excavation, given the high risk-potential involved with using traditional digging tools? “It’s more expensive than conventional digging methods,” Harbin says, “That said, it’s a lot less than the cost of a strike” — which, according to some industry estimates, averages about $4000. Again, that’s just for repairs.

Factoring-in costs to affected nearby businesses, and the community at large, a Birmingham, UK civil engineering professor estimated that average total costs for that $4000 strike can be as high as $116,000.

“Here’s the main reason hydro excavation makes so much sense in so many situations,” Feagins continues. “You just can’t trust infrastructure maps with a high degree of certainty. The US Infrastructure Corporation (USIC, or 811) simply can’t keep up with everything that’s been laid underground everywhere. At the same time, even if you have access to Ground Penetrating Radar, it only provides approximate location, depth, and size for underground utilities.”

All of which is why you could say that conventional digging in populated areas is a roll of the dice. One which, way too often, comes-up craps.

There when you need us
Hydro excavation is also an excellent Disaster Response solution when significant numbers of people need help fast. When Hurricane Michael devastated much of the Gulf Coast in 2018, One Stop was called-on, by Alabama Power, Georgia Power and Gulf Power, to dig potholes for downed power poles.

Our hydro crew was the first to arrive on the scene, and the last to leave. In addition to the problem of navigating around and through an overwhelming amount of destruction, our crew faced a number of common disaster-related challenges — from procuring equipment-fuel to basic needs like lodging, food and water. Moreover, the region’s sandy soil required us to use specialized tips to maintain proper hole diameters.

It’s not easy working 16-hour days for 3 weeks straight, not to mention sleeping in powerless accommodations that often trapped daytime high temperatures (which ranged from mid-to-upper 80s). Which is just one example of why we value our crews so deeply. At the same time, everyone on that crew still takes enormous pride in having been part of an effort that restored power to thousands of local storm victims’ homes.

For most jobs, though, our hydro excavation teams finish-up knowing that thousands of nearby residents and businesses have no idea we’ve been digging in their neighborhoods. And that’s just the way we like it.