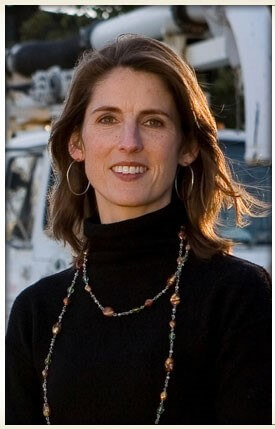 The 10th annual Inner City 100, a national competition that seeks to find and rank fast-growing companies in the nation’s inner cities, has recognized One Stop Environmental LLC of Birmingham among its selections for 2008.

President & CEO Shannon Riley never suspected she would wound up with such recognition. “It is an honor and really thrilling for our Company,” she said. To qualify for the award, companies are required to have at least 51 percent of their operations in an economically distressed urban area, have a five-year sales history, and fifth year sales of at least $1 million.

She will fly to Boston soon to find out where her company ranked nationally. The competition is sponsored by the Initiative for a Competitive Inner City, a Boston-based nonprofit focused on fostering healthy urban economies, and Inc., a magazine that reports on growing companies and entrepreneurs.

This award has come on top of another from INC Magazine itself: a recent recognition of Riley’s firm as one of the 500 Fastest Growing Companies in America. Riley said it awards like these give her instant national credibility and exposure with customers.

Shannon, a Furman University chemistry grad with a masters’ degree in chemistry from the University of Alabama, wanted to be a soccer Mom – but a good one. Her four kids remain a high priority. “I never visualized running a company,” Riley said. Running a company she does. With 35 employees, and over a 182 percent increase in revenues in 2006 over 2005, Riley has become not just a dedicated Mom, but also an award-winning Chief Executive.

Her firm specializes in industrial services, waste disposal, remediation, chemical identification, emergency responses, and site assessments among other services. One Stop Environmental has grown significantly since it gained 8A/SDB and HUBZone certification from the SBA several years ago. She credits the UAB Small Business Development Center (SBDC) with lots of help.

Beginning in 2001, Brenda Cox, a SBDC counselor, helped Shannon prepare for certification. Shannon also used the matchmaking events sponsored by the SBDC to link up with possible customers.